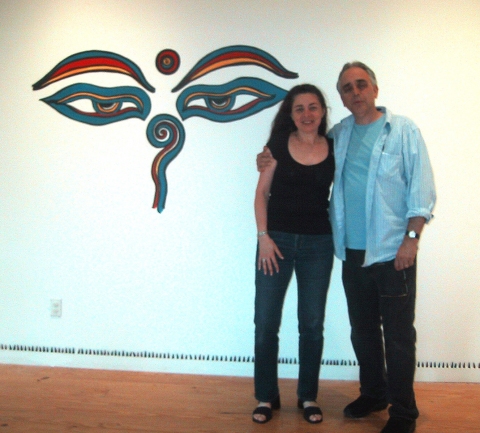 Painted directly on the gallery's wall, the Buddha Eyes (also known as Wisdom Eyes) look out in the four directions to symbolize the omniscience (all-seeing) of a Buddha. An offering of 8 feet long cone incenses were placed along the baseboard. The original Buddha Eyes perched atop a hill on the western edge of the Kathmandu Valley, at the Swayambunath Stupa in Nepal.
Loading...